For hundreds of years before settlers arrived, the land that is now the City of Wetaskiwin was populated by the Plains Cree peoples. The name "Wetaskiwin", in fact, is a Cree word meaning "the hills where peace was made". And there's a story behind that...

Around the year 1867, so it has been told, the Blackfoot had a young Chief, who we might call Buffalo Child. The Cree also had a young Chief, who went by the name Little Bear. These two Chiefs were the idols of their respective tribes. As yet they had never met in personal combat, but they waited impatiently for the day when they should meet and prove to the Great Manitou who was the better man.
It so happened in the same summer, a large party of Blackfoot had been raiding in Cree Territory. The Cree were up in arms over the invasion and gathering for the attack. A battle was imminent. Meanwhile, the Blackfeet were planning a surprise attack for that very night. One of their leaders was needed to spy on the enemy’s position and take charge of the night attack. Naturally, this task fell on the young Chief, Buffalo Child. He departed on this mission, heading south to the range of low hills which lie to the north and south of the present City of Wetaskiwin. From this vantage point he would be able to command a view of the level country beyond.

By coincidence, the young Cree Chief, Little Bear, was at that very hour making a similar reconnaissance of this own, with the same vantage point in mind. And so it happened that the two arrived almost simultaneously on opposite sides of the hill. They crept to the little open space on the hilltop and, emerging into the little open space, suddenly came face to face.

Immediately they stopped and the light of mutual recognition blazed in their eyes. For a full minute they eyed each other, coldly. Then the Blackfoot laid aside his rifle. “Dog of a Cree” he taunted his adversary, “see, I will throw my gun away. I do not need it. With my bare hands I will break you in two.” With a gesture of defiance, the Cree Chief, armed only with a knife, tossed it into the bush. Unarmed, they circled each other warily, looking for an opening, spitting insults at each other. Then, like two great cats, they sprang and grappled together. For almost an hour the two warriors struggled. At last, as though by mutual consent, they desisted and drew apart. “You are a stout fighter” gasped the Blackfoot with grudging admiration. “Let us rest a while and later we will renew the struggle.”

At that time Buffalo Child fumbled in this belt and produced forth his pipe and tobacco. Little Bear followed his example, but found this pipe ruined. With sullen eyes Little Bear watched Buffalo Child fill his pipe, light it, and puff complacently with half-closed eyes. He deeply resented the others enjoyment, which was denied him. All of this was not lost on Buffalo Child – it was a form of torture that the Blackfoot could appreciate. Suddenly, as if by impulse, he held out his smoking pipe to the Cree. He may have only meant to tantalize his enemy, but the other was too quick for him. Swiftly Little Bear seized the pipe and drew deep into his lungs the sweet tobacco smoke. As he went to exhale, he stopped with a strangled cough. His eyes sought those of Buffalo Child. Like a blow it hit them – the incredible thing that they had done. Although unwittingly, they had smoked together the common pipe. It was the sacred pledge of amity and peace, as unbreakable as the most solemn vow. They were stunned by the realization of it – a calamity had indeed befallen them.

At last the Cree spoke. “My brother” he said softly, “we did not mean to do it, but we have smoked the peace pipe together. Henceforth we must be friends, and because we are the chiefs of our tribes, our people must also be friends and think no more of war. Is it not so?” 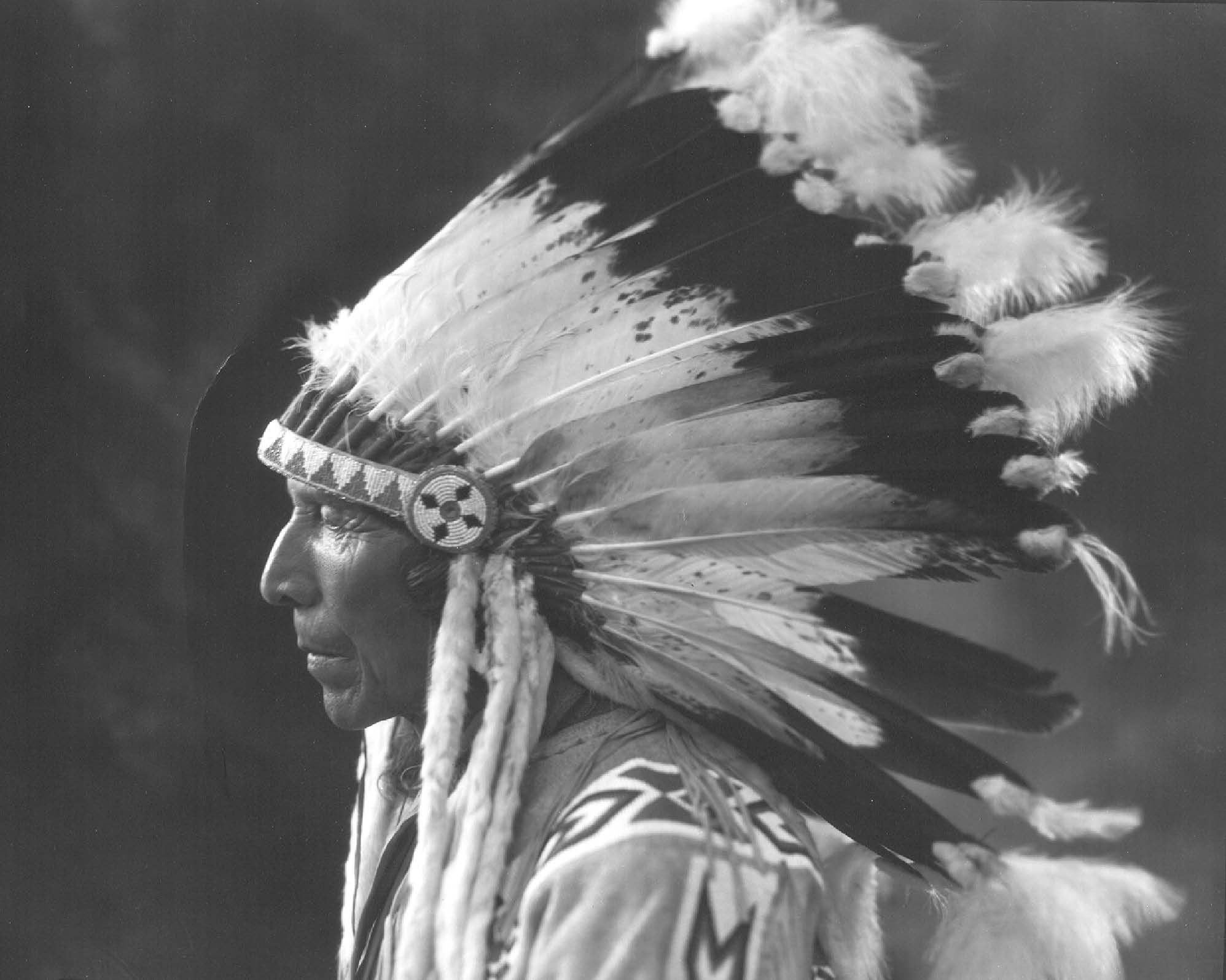 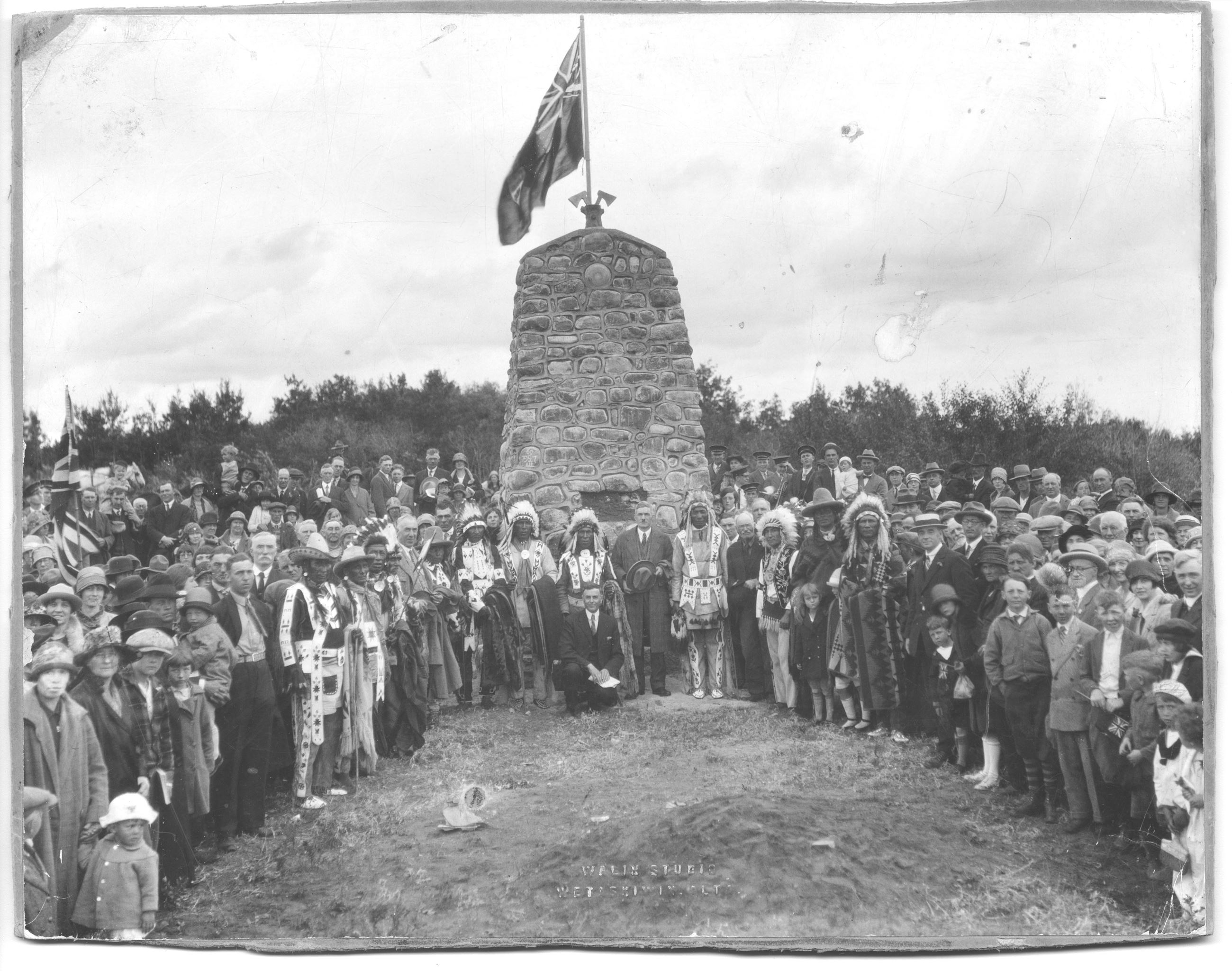 Missionaries and government agents were some of the first Caucasians to settle in the Wetaskiwin area. The first family to settle in the area was the Lucas family, who ran the Peace Hills Agency farm five miles north of present-day Wetaskiwin. It was on this farm in 1885 that Fort Ethier was built during the North West Rebellion to protect the Calgary-Edmonton trail and provide refuge for Caucasian settlers. The log block house remains standing today in its original location.

Work began on the C&E Railway in 1890, and by 1891 the northern point was reached. Settlers came and a small community grew around the train station. Originally called Siding 16 (because it was the 16th stop in the line north of Calgary), the name of Wetaskiwin was adopted at the suggestion of Father Lacombe.

Wetaskiwin is one of Alberta's oldest cities. Founded in 1892, the first school was built in 1894 and the first newspaper was established in 1897. The community grew quickly with Wetaskiwin becoming a town in 1902 and a city in 1906. It has maintained its link to the past through the restoration of its historic landmarks and the development of its museums. One of the earliest provincial courthouses—built in 1907—still stands, and was renovated in 2005 to serve as Wetaskiwin's new City Hall.

Wetaskiwin's rich history is reflected in the restoration of many historic buildings in the City's downtown core. Give our historic walking tour a try, and meander down Wetaskiwin's main street as you view 13 restored historic buildings and hand-painted murals portraying Wetaskiwin's past. Interpretive signage guides each visitor from the first point of the tour to the last. The Wetaskiwin and District Heritage Museum houses displays of the history of the City dating back to the days of the pioneers, including re-creations of a general store, hotel room, and garage.

Connect with Wetaskiwin's Archives for more information on the History of Wetaskiwin.